Taken (verbatim) from an official RH link that was emailed to me on 5 Feb 2020: 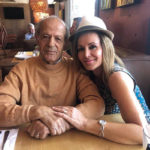 “Let me start by talking about my dear father… 6 years ago, when he was 87 years old, he was diagnosed with bladder cancer. His surgeon advised our family that he had around 6 months to live and, after his physician tried different advanced treatment methods on him, my father’s situation wasn’t improving. I suggested to my dad that I would be glad to facilitate 3 Reconnective Healing sessions for him. Even though my dad wasn’t a believer in the RH frequencies, surprisingly he accepted my offer. After the 3rd session of RH, he slowly started to get his energy back. Then, 1 month later, we went back for a follow up with his surgeon who reviewed his case and was dumbfounded by the results… it showed a clear bill of health with no cancer remaining.

My papa is now 93 years old, walking half an hour each day and enjoying his life to the fullest. From time to time when he seems to have a little less energy, he asks me for a RH session and what he sees is amazing :-)! While lying in bed with his eyes closed he sees beautiful rainbow colors; beautiful flowers; a shining light piercing through the clouds… and more. He once saw the face of a beautiful woman with large wings spread on both sides of her body telling him not to be scared who carried him on beautiful voyages into the sky above. Each time, upon his awakening, he felt a sense of peace and the next day, his energy was back in full swing again 🙂

Many more visual and auditory experiences happened to my papa while in his RH sessions: I actually can continue to type and fill out 50 more pages describing his amazing experiences. He is definitively a believer now :-)”

My name is Dr. Xavier Guzmán, I live in Oaxaca, Mexico, I am a 47 year old surgeon with a private practice for more than 20 years.

I was introduced to Reconnective Healing about two years ago. As a physician I have recorded the restoration and health of my patients with sustained healing’s from frequency studies.

I will start with a most spectacular healing that happened immediately after receiving Reconnective Healing training in Mexico City. I received a call from a woman, she wanted to set up a consultation with her husband Manuel. The despair in her voice forced me to react quickly. At that time I was still at the airport and told her that I could meet with him in 2 hours, that Sunday afternoon.

My office is located on the second floor. My patient arrived and was carried by two people on either side of him. He could not stand on his feet, one step would cause a strong attack of rheumatoid arthritis. He also had systemic of immune nature and diabetes mellitus.

Manuel was 55 years old and had suffered a similar attack in his youth, which left him bedridden for a period of 6 months. Manuel’s family helped him sit and he showed me his clinical pathology reports. Manuel had seen many doctors and was currently in the care great specialists: an oncologist, and two rheumatologists. Manuel was on prescriptions issued by his doctors but was looking for therapeutic resources. Manuel had a pleading look on his face, and sad sunken eyes. I shined a light in his mouth and saw swelling. He also had very stiff joints and couldn’t even give me a handshake.

Manuel said, “Doctor, I have not slept for a month because of the intense pain, fever, and chills. Despite all the medicine that has been prescribed to me by specialists. (Anti-inflammatories, analgesics, Steroids, drugs modifying disease, and immunosuppressives).”

He also had diabetes with his Glycemia at 400 mg. He was a difficult and complicated case, and I did not know what else to give Manuel. So I thought to myself, “Why not, let’s see if this works,” referring to the recent Reconnective Healing training I had just learned. I explained Reconnective Healing to Manuel and his family and that I would like to try it on him because the prescribed drugs have been ineffective. They agreed to give it a try.

Manuel sat during the session, which lasted no more than 15 minutes. At the end of this time Manuel opened his eyes and reported a very nice light and heat went through his body from head to foot and his pain had decreased 30%. I suggested he discontinue any medication and his family accepted. I proposed I would do some more sessions and then in a few days I would run some lab tests.

The next day, Monday, walking upstairs to my office was not as hard for Manuel, and he only needed one person to help him up. He extended his hand and told me last night was the first night that he could sleep 4 hrs consecutively with almost no pain. He also said his shoulder range of motion substantially improved by 20%.

I did another session on Tuesday and again on Wednesday and Manuel showed steady improvement each day. On the third day, Wednesday, his glucose was now 320mg. On Friday, it dropped to 220mg, he walked up my stairs with no assistance, and when he got to the top he squeezed my hands when greeting me, with a broad smile. Manuel had an 80% recovery, and his vitality and energy returned almost to normal. Manuel was also able to sleep most of the night.

The next week Manuel returned to work, and all his laboratory levels were normal just 10 days after his last healing session (including immunological markers.) Manuel is now healthy with no symptoms of lupus or rheumatoid arthritis, and his diabetes has stabilized. I was amazed.

I think the future of medicine is this, the management of energy and the interaction of the patient with a new way of thinking and energy levels. Subtle, but powerful.